The Illuminati Stole My Scooter

That’s right. And here’s the T-shirt to prove it. There’s nothing like adversity to provoke creative effort. Take a little tour of my studio and see the creative process in making each of an exclusive Scooterola Retro Vespa T-Shirt in this short video.
Why I should have been targeted by the Illuminati is beyond me. You’d think they had better things to do – and bigger fish to fry…fortunately Shergar got it back for me.

Click here to order your cool Illuminati Vespa T-Shirt (in various colours). Transactions are all completely secure through Etsy.com

To see all the Scooterola T-shirts available, click on the tab above or here.

I know it’s not May but we live in hope. This is a great video compilation from a Mod’s Mayday ride out in 2011 and a pleasant antidote to the January weather outside. We think they’re one of the smartest crews out there, here at Scooterola Headquarters.

Do you or your club want your video featured? If it’s up our street, it’ll be done – just contact me.

New arrival at the door directly from the printer. 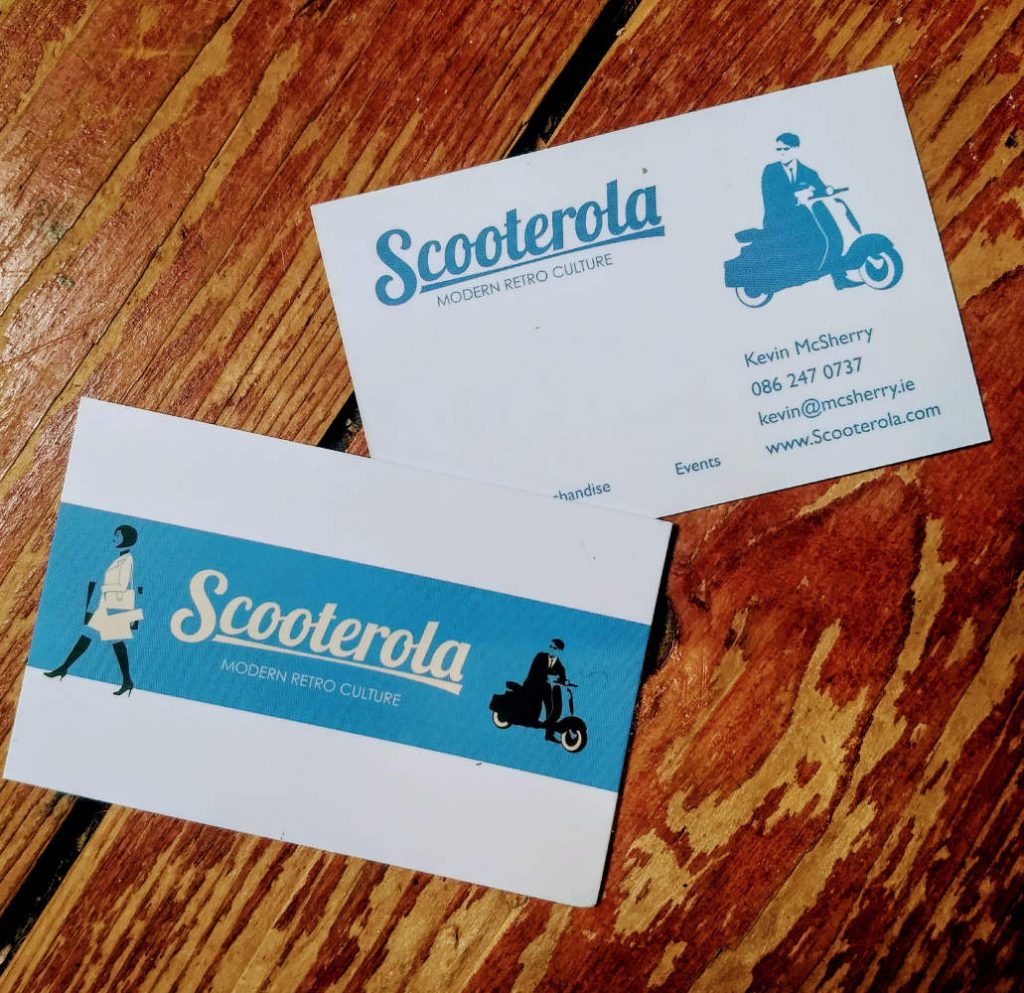 Vespa from Andreas Contarino on Vimeo.

This is Scooterola. I saw this video on Go.Vespa’s Facebook page and I wanted to share it back to FB through this site but that’s impossible, it seems. It’ll have to suffice to mention here that Go.Vespa collect excellent Vespa material and if you have an interest in this sort of thing, you should like their page here.

What a charming little video from Andreas Contarino with really good production values -and a great sound track, ‘Via Con Me’ by the incomparable Paolo Conte. My Italian is non-existant but Google Translate tells me it means , ‘Away with me’. It’s a new version to me, too. Enjoy.

He Would’ve Gotten Around to it Eventually…

Italian police were gobsmacked on Thursday morning when they stopped an 80-year-old man riding a scooter, only to discover he had been driving without a licence for the last 45 years.

The 80-year-old man from Quiliano, near Savona in the coastal province of Luguria, was stopped in the saddle of his 50cc scooter while riding along the road to the nearby town of Vallegia, Il Secolo XIX reported.

After stopping the man, police asked to see his licence.

“Here it is,” he said, producing the tattered document for inspection without batting an eyelid.

But there was just one problem: the document, issued in 1961, had expired some 45 years ago.

“At the time I asked if I needed to renew it, but I was told I didn’t need to,” the pensioner told the police in his defence.

Perhaps even more incredible than the man’s excuse was the fact that he had managed to drive for the past 45 years without ever being stopped.

Unimpressed, the stunned officers confiscated the man’s scooter and charged him for driving without a licence. 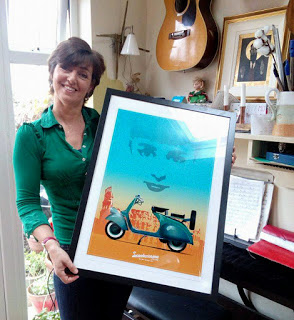 Cathy, with her new original art “Che Bella” poster -thank you for the photograph. Bellissima!

The poster is supplied unframed, though it’s designed to fit exactly into an IKEA frame to make it convenient and affordable for anyone. More information at the link below.

Available to order  directly from the Scooterola store. 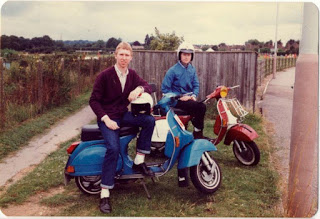 A long time ago -maybe 1980, myself and my oldest friend, Mark, went on a mini scooter run to a place called Chobham in Surrey in the south east of England, perhaps thirty miles from London. To be honest, it could have been Cobham, also in the same county. I get confused. In fact, I think Mark got confused too but we reached our destination anyway; a visit to see his country cousins, who turned out to be a couple of bikers and must have been amused to see our scooters wheezing and farting their way into view. 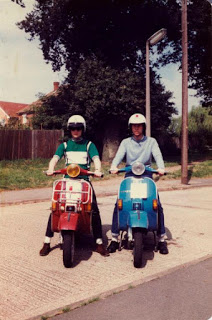 Mark’s PX was a 200E and could easily leave mine in the dust (a 150cc). It can’t have been long after this that Mark painted an Inspector Clouseau on the sidepanels and earned his nickname of ‘The Inspector’. Mark also owned an Olympus Trip camera, of which I was very very jealous. How come he got all the good gear? It’s hard to believe how time-consuming and expensive photography was back then -and you never really knew what the shots would be like until you got the prints back from the chemist. You’d be lucky to get to your front door without a couple of hundred photographs being taken now. And I mean from the inside. These photos are precious.
The ‘Soft Drinks’ shot was taken at a petrol station -and that’s all I remember. Good innit? I don’t think I’ve changed a bit… 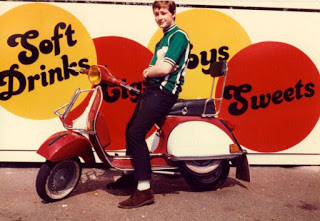 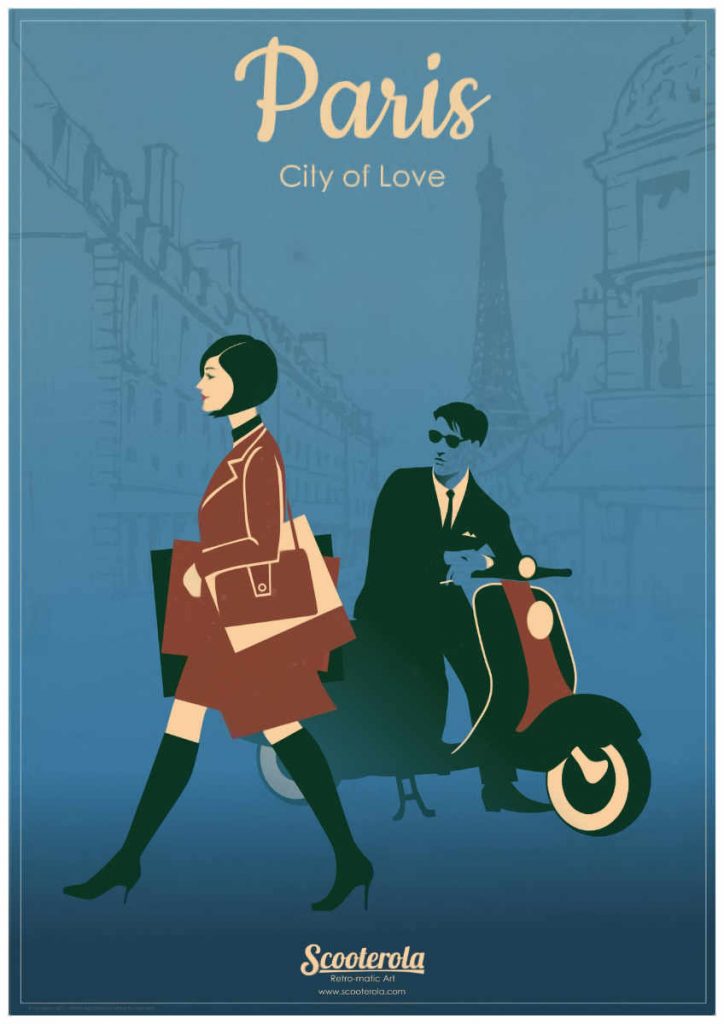 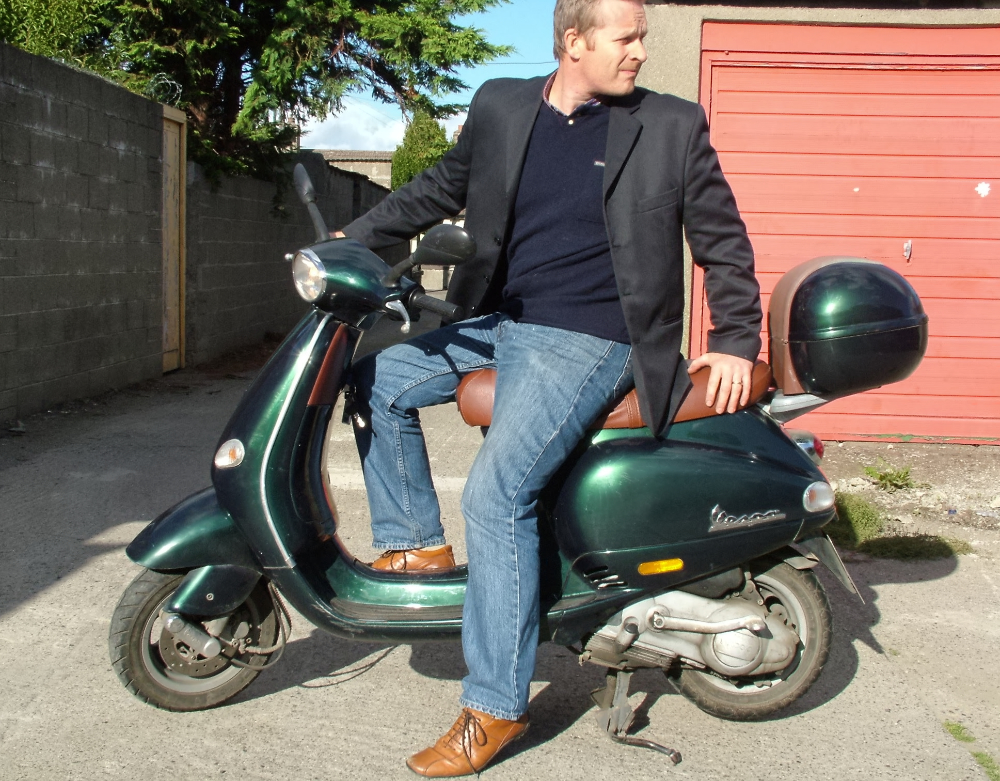 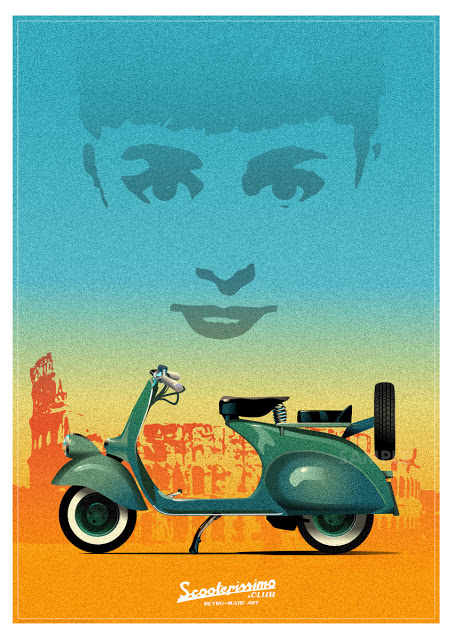